GENES INCREASE RISK OF DEMENTIA, BUT EXERCISE CAN STILL HELP

“I am glad to share with you what I have learned throughout my personal quest to overcome adversity to become an accomplished neurosurgeon, scientist, Ironman athlete, consultant, author, and advocate on healthy living and nutrition.”  ~ Dr. Joseph Maroon.

The US has and will continue for the next 30 years to have a significantly older population. Between 2020 and 2060, the number of older adults is projected to increase by 69 percent, from 56.0 million to 94.7 million. Although much smaller in total size, the number of people ages 85 and older is projected to nearly triple from 6.7 million in 2020 to 19.0 million by 2060. Dementia, of all types, including Alzheimer’s Disease, is strongly associated with aging. The cost of treating Alzheimer’s disease alone was in 2018, $277 billion, according to the Alzheimer’s Association. Increases in dementia healthcare costs are expected to double in 30 years if the current disease rates and lack of effect treatments continues.

New Genetic Research and Potential to Reduce the Risk of Dementia

In addition to aging, lifestyle plays an important role for the risk of developing dementia. High saturated fat, and processed sugar diet, lack of exercise and social isolation have all been linked to greater dementia risk. There are also genetic risk factors that a person can inherit that will increase the risk of dementia. In a landmark discovery published this month, researchers from the Max Delbrück Center for Molecular Medicine in Germany, have shown how a genetically variable protein called APOE4 functions to increase brain cell death that is associated with Alzheimer’s disease and other types of dementia.

About 15% of the population has the APOE4 variant. Having this genetic variant increases the risk of developing dementia by 12 times compared to those who do not have this variant. What the new research found was that by having the APOE4 gene, that results in the production of the abnormal protein transporter called Apolipoprotein E, brain nerve cells over time starve and die resulting in an inflammatory process in the brain. Normally functioning Apolipoprotein E is used to transport healthy fatty acids, like EPA and DHA, into the nerve cell supplying needed nutrients.

How to Reduce the Genetic Risk of APOE4

Now knowing how genetically abnormal APOE4 is linked to brain cell death and dementia it is hoped eventually pharmaceutical drugs can be developed to allow the normal uptake of the fatty acid into nerve cells and improve cell lifespan. But that might take years or even decades, if such a discovery could be found. What can be done now to lower dementia risk in those with abnormal APOE4?

A study from 2013 may have the answer to abnormal APOE4, despite not knowing at the time the recently discovered mechanism of its destructive action on brain nerve cells. The association of APOE4 and greater risk of dementia has been known for several decades based on population studies. The 2013, by the Knight Alzheimer Disease Research Center, found that those subjects with the genetically abnormal APOE4, that did regular exercise, had fewer signs of dementia related brain cell breakdown called amyloid, compared to those who also had the gene but didn’t exercise. Additionally, they found that the magnitude of exercise benefits were greater in the abnormal APOE4 group compared to those that had normal APOE and exercised.

What Does this all Mean for Me?

This is good news from both the recent study on learning the genetic mechanism of APOE4 to increase brain cell death and dementia risk, and the 2013 study that showed exercise can lower APOE4 amyloid deposits. We can use both of these studies to help prevent and fight the disabling effects of dementia. APOE4 genetic testing is available. Ask your healthcare provider whether this should be done for you. Or just start today with a brain healthy exercise program.  Also include a healthy diet supplemented with EPA and DHA, found in fish oil, flax seeds and seafoods. As we learn more about the dreaded diseases associated with dementia, starting earlier in life and not waiting until we are older, is the key to keeping your brain and body healthy and active throughout your lifetime.

To learn more about a Brain Healthy Diet and Exercise click here to watch a video interview with Dr. Maroon. 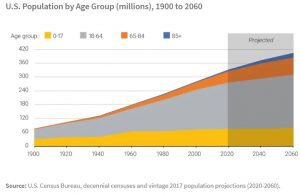 About the author: Joseph Maroon, MD, FACS, among his accomplishments he is Senior Vice President of the A4M, board certified neurosurgeon, best selling author, keynote speaker, sports medicine expert, triathlete, and one of our medical editors. Dr Maroon is an expert and consultant in the areas of sports nutrition, concussion management, personal fitness, and brain and spinal problems, he has cared for numerous celebrities and high level athletes, as well as being an internationally competing Ironman triathlete.