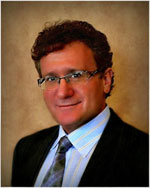 Dr. Goldman is a physician & surgeon with a doctorate in androgenic anabolic steroid biochemistry and has served as a Senior Fellow at the Lincoln Filene Center, Tufts University and as an Affiliate at the Philosophy of Education Research Center, Graduate School of Education, Harvard University. He holds a Visiting Professorship at numerous medical universities around the world. He co-founded and served as Chairman of the Board of Life Science Holdings and Organ Inc, biomedical research & development companies which had over 150 medical patents under development in the areas of brain resuscitation, trauma and emergency medicine, organ transplant and blood preservation technologies. These led to the formation of Organ Recovery Systems Inc. and then LifeLine Scientific Inc, a Public Company, which became a world leader in organ preservation and transport. He has overseen cooperative research agreement development programs in conjunction with the American National Red Cross, NASA, the Department of Defense, and the FDA's Center for Devices & Radiological Health. Dr. Goldman has authored over 40 books and hundreds of scientific and lay articles.

Dr. Goldman is the recipient of the 'Gold Medal for Science, the Grand Prize for Medicine, the Humanitarian Award, and the Business Development Award. He has also been honored by Ministers of Sports and health officials of numerous nations. The President of the International Olympic Committee awarded Dr. Goldman the International Olympic Committee Tribute Diploma for contributions to the development of Sport & Olympism. Dr. Goldman was also awarded the 2012 LifeTime Achievement Award in Medicine & Science. Dr. Goldman was also one of the very few recipients of the Health America Fitness Leader Award, presented by the United States Chamber of Commerce and President's Council. Dr. Goldman was awarded the 2017 Martial Arts Masters Cup and is the 2018 recipient of the Arnold Schwarzenegger Lifetime Achievement Award, being only the 18th such awardee in history.  He has also served as a Council Member on the President's Council on Sports, Fitness & Nutrition under a number USA Presidents including the present administration.

Dr. Goldman is a 6th degree Black Belt in Shotokan Karate and 7th Degree Black Belt in Tang Soo Do, Chinese weapons expert, and world champion athlete with over 20 world strength records and has been listed in the Guinness Book of World Records. Some of his past performance records include 13,500 consecutive straight leg sit-ups and 321 consecutive handstand pushups. Dr. Goldman was an All-College athlete in four sports, a three-time winner of the John F. Kennedy (JFK) Physical Fitness Award, was voted Athlete of the Year, was the recipient of the Champions Award and was inducted into the World Hall of Fame of Physical Fitness, as well as induction into numerous Martial Arts Hall of Fames in North America, Europe, South America, and Asia.

He founded the International Sports Hall of Fame, recognizing the world’s greatest sports legends, with ceremonies held annually at the Arnold Schwarzenegger Sports Festival-the largest sports festival in the world, with over 200,000 participants, 70+ sports represented and over 20,000 competing athletes, making it double the size of the Olympic Games.

Dr. Goldman has served as Chairman of the International Medical Commission for over 30 years, overseeing Sports Medicine Committees in over 194 nations and is Chairman of the IFBB and NPC Medical Commissions. Dr. Goldman also served as Chairman of the AAU/USA Sports Medicine Council, which oversaw several million amateur athletes. He is the founder of NASM (National Academy of Sports Medicine), the premier fitness certification organization and coined the term CPT (Certified Personal Trainer) and wrote the first certification exam ever done for that profession. He has served as a Special Advisor to the President's Council on Physical Fitness & Sports and is the founder and international President Emeritus of the National Academy of Sports Medicine (NASM) and Board Member Emeritus for the US Sports Academy and Chairman of their Board of Visitors. The US Sports Academy is the #1 sports academy worldwide. Dr. Goldman is also the Co-Founder and Chairman of the American Academy of Anti-Aging Medicine (A4M) with outreach to over 120 nations. A4M is the world's largest Preventative Medicine and medical conference/exposition organization, that has trained over 100,000 medical specialists since 1992 Dr Goldman Co-Developed the American Board of Anti-Aging & Regenerative Medicine (ABAARM) and American Board of Anti-Aging Health Practitioners (ABAAHP) Board Certifications, as well as the American College of Sports Medicine Professionals (ACASP) certificate exams and such, has overseen Post Doctoral Medical Education programs the last 25 years . He is also co-Founder and Chairman of the World Anti-Aging Academy of Medicine and a Co-Founder of the Tarsus Medical Group, which comprises a family of medical conferences and exposition divisions.

In the area of media/film productions, Dr Goldman is co-founder of the MetroGoldman Movie pictures, which has produced numerous motion pictures and been Producer, Executive Producer, actor and funder of numerous Hollywood productions, some of which have won dozens of awards at Film Festivals. He oversees the 'ICON Awards' & 'Legendary Stunts Awards' annually at the Action On Film Festival and received 'The Humanitarian Award' from that organization.

Dr. Goldman donates 80% of his time in charitable pursuits around the world, supporting sports, fitness and medical education for the sports and medical communities worldwide, visiting dozens of nations with a focus on youth mentorship.